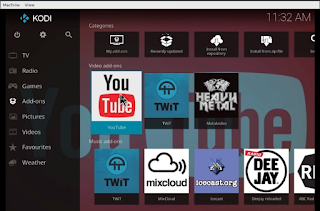 OnWorks provides a Kodi online Media Center. Kodi is an open source media player. It is a popular media manager which once went by the name ‘XBMC’. It is a SW that lets you store all your content at a single place and gives you the ease to access it virtually from anywhere but it must be taken into account that Kodi does not provide media itself; the users have to provide their own content or point it manually to online media.
This Kodi online can be run from onworks.net for free. You can run it for free from https://www.onworks.net/os-distributions/ubuntu-based/free-kodi-online-ubuntu


Kodi Media Center supports a number of features like multi audio/video format playback, streaming of online contents, watch and record live TV & best feature of them all is ability to install hundreds of user created add ons, which only enhances its abilities. Kodi can also play media from SMB/SAMBA/CIFS shares, NFS, WebDAV or UPnP (Universal Plug and Play) shares.
Kodi can also upscale all the standa…
Post a Comment
Read more 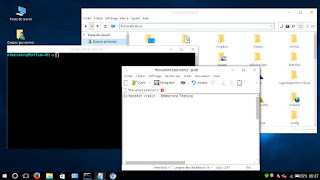 OnWorks provides a Windows online emulator. OnWorks Windows10 online is a GTK theme created by b00merang with a icon theme pack which can give an Ubuntu installation a complete makeover like Windows 10’s fluent design. It is a dark version of the theme.

You can run it for free from https://www.onworks.net/os-distributions/special-os/windows-10-online-theme


As you can see in this OnWorks Windows 10 online it is possible to get a single, Windows-style desktop environment on Ubuntu. It is not a perfect imitation of Windows here but an evidence about how to create a looking for an interface that looks and functions more like Windows.

This is possible because the GNOME Shell desktop supports extensions, which can dramatically change the layout of the desktop and add various other features. Even if you don’t want to use a Windows-style desktop, this is a good example of how powerful GNOME Shell’s extensions and themes are. You can use GNOME Shell Extensions, the GNOME Tweaks application, and…
Post a Comment
Read more 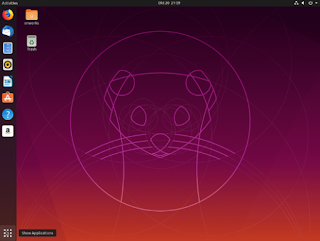 OnWorks provides a Ubuntu 19 online. OnWorks Ubuntu GNOME online, version 19, is a complete desktop Linux operating system, freely available with both community and professional support. The Ubuntu community is built on the ideas enshrined in the Ubuntu Manifesto: that software should be available free of charge, that software tools should be usable by people in their local language and despite any disabilities, and that people should have the freedom to customise and alter their software in whatever way they see fit. "Ubuntu" is an ancient African word, meaning "humanity to others". The Ubuntu distribution brings the spirit of Ubuntu to the software world.

This Ubuntu online can be run from onworks.net for free.  You can run it for free from https://www.onworks.net/os-distributions/ubuntu-based/free-ubuntu-online-version19

The list of new features in Ubuntu online, version 19, are the following:

OnWorks announces that its platform is now integrated with Google Drive in order to save and restore your sessions runnnig any Operative system. The OnWorks image files are saved in Google Drive

Note that the Image files saved are large to take care about your free space.
The image files can be restored at any time and both save and open operations can be executed using buttons that appears in the HomePage or in the screen where the OnWorks session runs.

The buttons for these two operations are:

Run Kodi Online to play and view most streaming media, such as videos, music, podcasts and audio playlists.
This Kodi online is the official Kodi but running online and accessed via a web browser. This Kodi online version also provides access to streaming media content, including videos and music. It is an open-source free software designed with home entertainment in mind so it is good for people that like movies, sports, and TV shows. Although it was originally designed for the Microsoft Xbox with the title Xbox Media Center (XBMC), it continues to evolve.
Unlike major companies like Chromecast or Plex, Kodi is managed by the non-profit XBMC Foundation, and it is constantly being modified and upgraded by developers around the world. Moreover, unlike other …
Post a Comment
Read more

OnWorks.net launches the Windows emulators online, which is a web browser extension to run Windows online using only a web browser. App available in the Chrome web store and Firefox marketplace:

Run free Windows online emulators using your web browser. This extension provides the ReactOS system and a Win10 online theme over a Ubuntu that run in the "OnWorks" free servers hosting provider. This extension is a good way to be working in a similar to Windows desktop:

1. ReactOS is a free and open-source, Windows-compatible OS that looks similar to Windows XP. It looks like Windows NT and aims to offer similar levels of functionality and application compatibility. This operating system already runs a selection of software written for Windows XP and Windows Server 2003, and the latest 0.4.8 release lays the groundwork to run Vista, Windows 8 and Windows 10 apps. It is in a bit experimental state but it must be noted that this system does not use any of the Unix archite…
1 comment
Read more

OnWorks.net launches the MacOS online extension, which is a web browser extension to run PearOS, PearlOS and ElementaryOS using only a web browser. App available in the Chrome web store and Firefox marketplace:

1. This PearOS online was an Ubuntu fork with a Mac OS X inspired desktop. Moreover, it comes with thousands of free applications. LibreOffice, Pear OS Software Center and Pear PPA Manager are the most important. As it has been a distro discontinued, we do recommend ElementaryOS and PearlOS.